EXCURSIONS AND TRAVEL ON THE KWAI RIVER (KHWAE YAI)

In the Thai province of Kanchanaburi, two rivers Kwai (Kwai Yai ) flow. The first is called Noah (Kwai Noi - "small tributary"), the second - Yai (Kwai Yai - "a large influx"). Connecting, they give rise to a large Mekong river. The tourist value is Kwai Yai, which until the middle of the XX century had no separate name and was designated on the map of Thailand as a continuation of the Mekong.

In the river valley people lived from ancient times. However, its main attractions are related to the history of the twentieth century and are associated with Japanese aggression in Thailand in the Second World War. 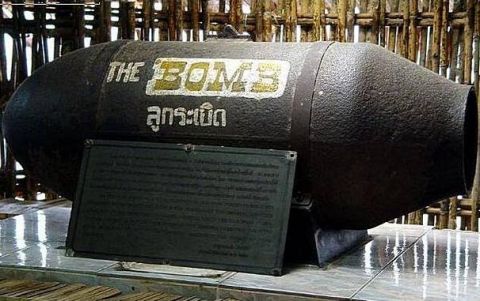 Occupying the Malay Peninsula, the Japanese faced the need for food and material support for the army. It was required to build a railway in the jungle and connect the two banks with a bridge. The construction was carried out by prisoners, among whom were not only Thais (mostly non-military), but also Englishmen, Germans and even Americans. More than 100 thousand people died in the execution of work. This is reminiscent of the sights that have been preserved since then or created to preserve memory:

Everyone knows how tragic the consequences of 1939-1945. were for Europe. Here, on the other side of the world, comes the understanding that the confrontation of that time, indeed, was world-wide and affected even such secluded corners of the planet as the province of Kanchanaburi in Thailand.

Every year in November the bridge becomes the center for the festival "Kanchanaburi Light & Sound Show". With the help of lasers, elements of a fire show, sound and other special effects, a conceptual light-sound representation, symbolizing the destruction of the bridge, is arranged.

So the Thais pay tribute to the memory of the departed in those years. Thousands of people gather on this day on the river Kwai. Floating restaurants, hotels, boats are good points of view of what is happening. 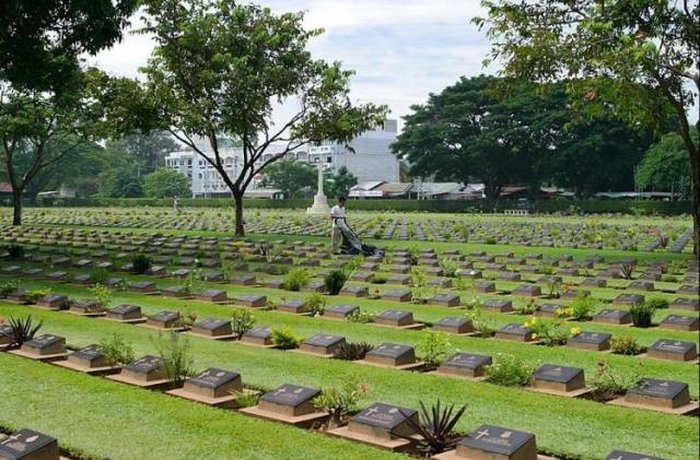 Bridge on The River Kwai on a map:

Visit of Kwai is not only walk on the bridge and places connected with war but also rafting on the small river on rafts and slow pastime in floating hotels, visit of the interesting objects located in adjacent areas. 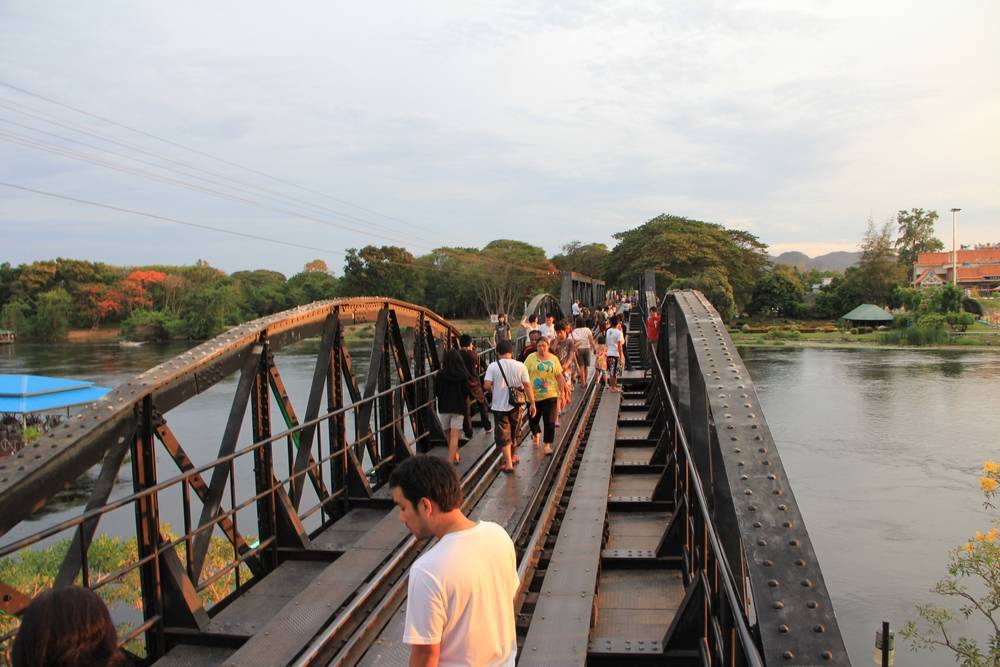 Floating hotels and alloys on rafts

When do you settle in floating hotel, it is possible to float slowly down the river, watching a tropical landscape ashore. You can see that natural reserves, orchards, falls, elephant villages pass by Without coming to the coast, it is possible to be eaten on local cuisine, to reserve a massage session. 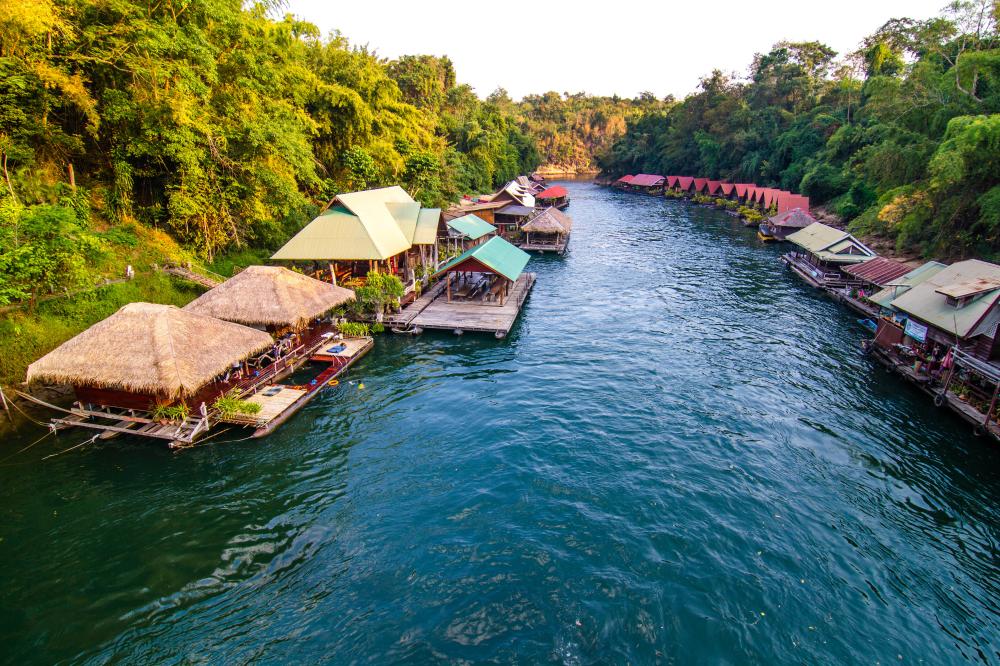 Alternative is the accelerated mode of passage of the river on a large raft. The conditions are less comfortable, but it's also informative, like the rafting in the hotel.

If you travel around the small river by the boat, you can stop by the local market, unique even for Thailand - on water. They trade in fruit and vegetables, clothes, souvenirs here. 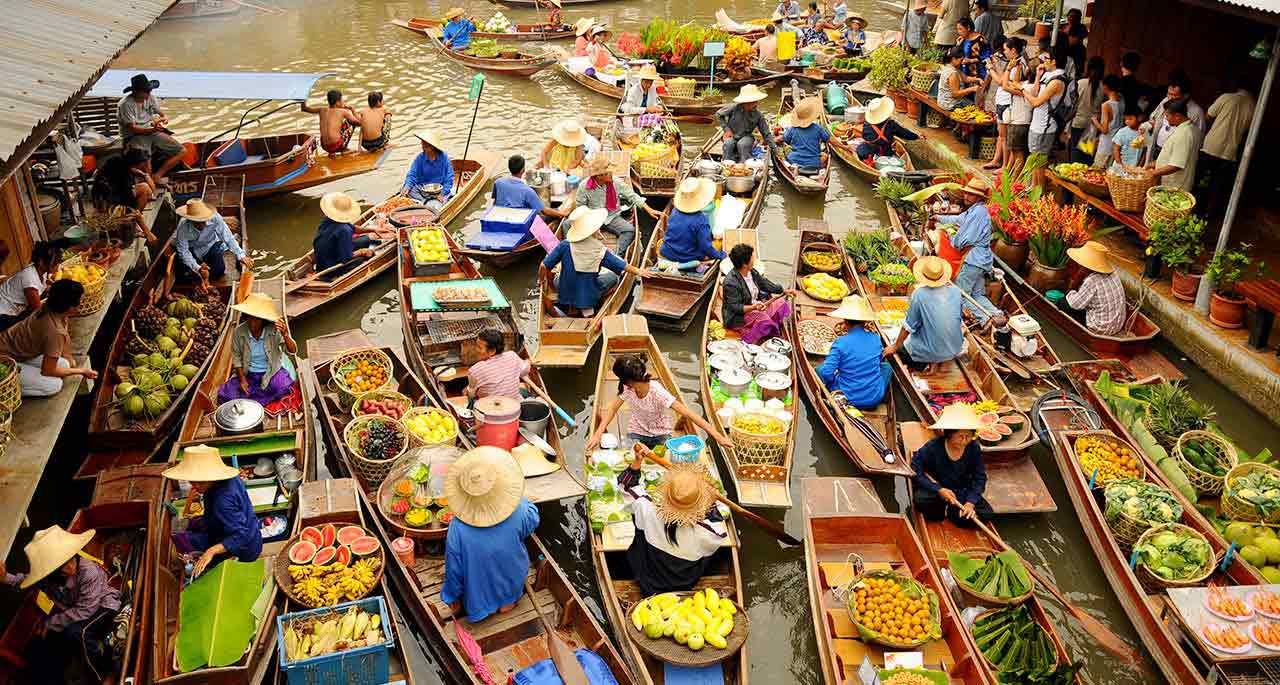 The reserve "Sayok Yay"  is home for many bird species, animals and butterflies of Thailand. It is considered the most beautiful park from the point of view of a landscape. There is waterfalls in which it is allowed to adopt water procedures.

Sayok Yay on a map:

There is a park with two Khmer temples of the 13th century near the Saikok Noi waterfall. Later, during the time of the King of Thailand, Rama I, this area performed fortification functions, protecting the Thais from the Burmese invasion. The protective structures remained in a dilapidated state until today. 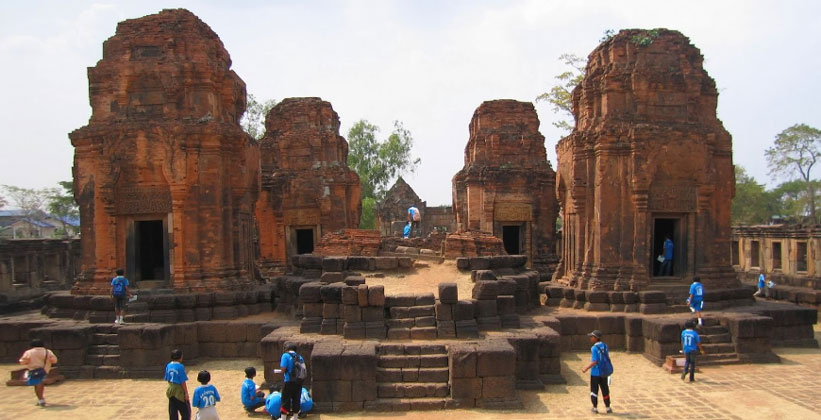 Visit of Wat Pha Luang Ta Bua or is short – "Tiger's Temple" – perhaps, the most unusual excursion in all Thailand. The history began with the fact that monks of the Buddhist monastery took the tiger cubs which were left without parents under the patronage.

Tigers grew up and gave the posterity. As a result, today more than a dozen cats live in the Temple. The monks feed them, and once a day they are taken out for a walk: the animals roam freely, and visitors have the opportunity, without any obstructions and obstacles, to observe them from a distance of 10 m.

It is important that these tigers are not from the zoo. They are the most real wild animals that have grown in contact and under the supervision of people. Typically, a monk brings one of the tigers to the visitors so they can pet a large cat. 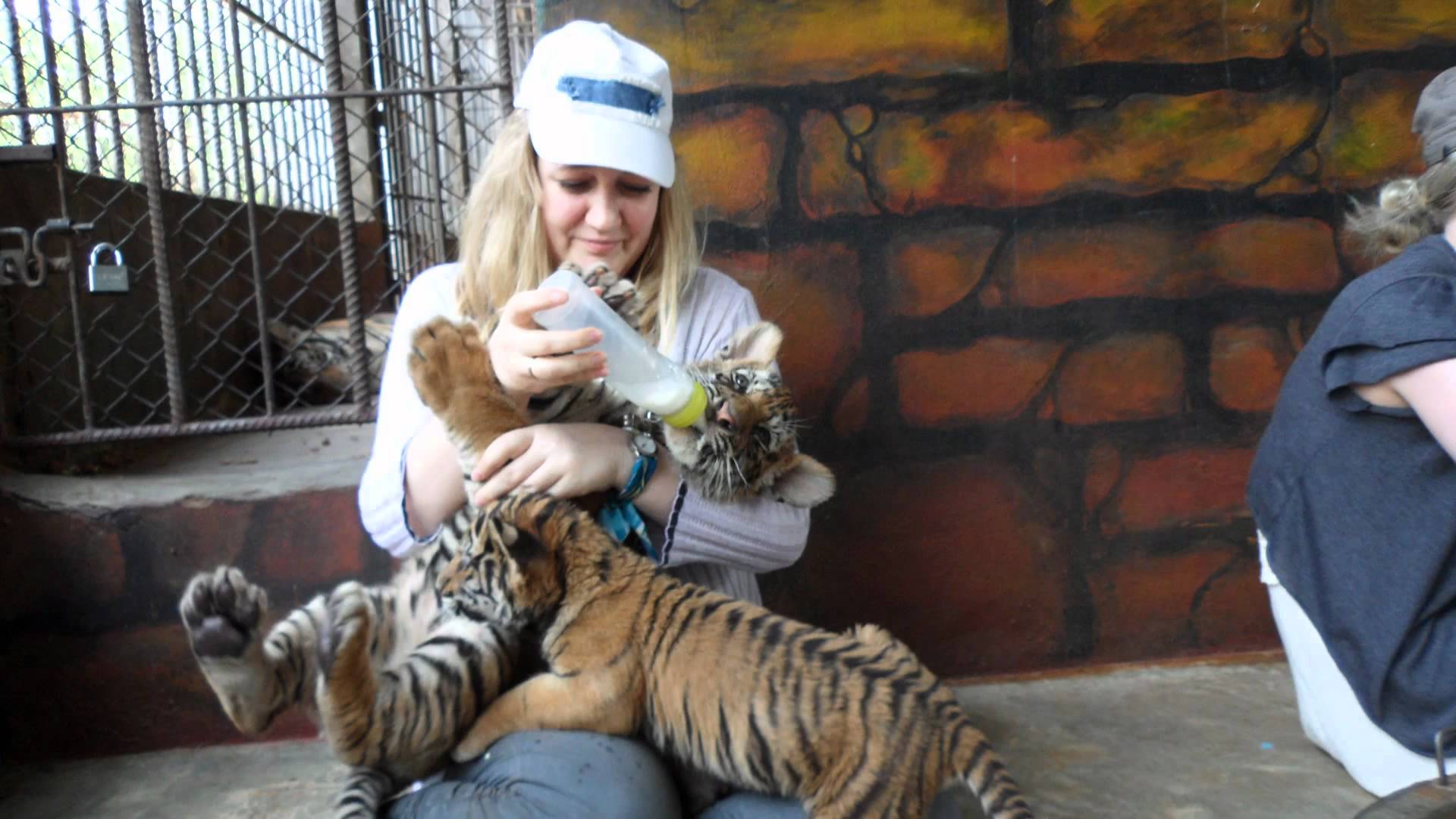 Excursion is considered safe. Animals go to visitors well fed. Since 1999, there has been recorded one case of a tiger attack: the tourist was not injured and remained alive.

Children are not allowed to walk around the animals. The temple is located in Kanchanaburi on Sai Yok Road. Open from 9:00 to 16:30. To look at domesticated cats it is possible for 400 baht (12 $). Encouraging donations for the maintenance of animals and improvement of the conditions for their existence are welcome.

Tiger's Temple on a map: